So, we were in Berryville to tour the Nighthawk facilities, and had some time to kill. We decided to stop by Guncrafter, maybe get a hat or T-shirt. Well, we got a little lost, but Derick gave us directions, and we found it.

So, not only did we get a nice tour of the place, we got to do some shooting... They showed us several of their guns, very nice, and they have some sweet triggers. We met several people, even Alex the founder (I am bad with names, hope I got them right).

So, we got to shoot their 9mm double stack, a gun that feels great in the hand, and shoots great. Then, Derick pulls out the .50 GI, and a can. Talk about kids in a candy store...

I have never seen a Guncrafter gun in person before, very impressed with the guns they produce, and can't say enough about how nice they were to us, especially since we just dropped in out of the blue.

I whole heartedly agree, I was blown away by their kindness.
The 50 GI was a super sweet shooter

What an incredibly gracious bunch. We literally showed up out of the blue and were greeted like family!
Just awesome guys!
FYI- Derick’s comp gun has the most SICK trigger
EVER!!!!
In a [email protected]$$ gun as well.

I will be calling in the near future with a pretty crazy idea so prepare yourself.

It sounds like you guys are off to a good start on a fun trip.

I am sure one or more of us will start a thread about the Nighthawk experience as well.

But yes, this trip has been great, met new friends, played with 1911 guns, BBQ... What could go wrong?

Always interesting to meet the person behind the avatar.

I'm hoping to stop by this week if they have time. The visit to the in-laws in Tulsa must have some sort of a silver lining to that cloud, so my 15 year old daughter and I will make the trek.

Monadh said:
I'm hoping to stop by this week if they have time. The visit to the in-laws in Tulsa must have some sort of a silver lining to that cloud, so my 15 year old daughter and I will make the trek.
Click to expand...

I've looked at Google maps. There is a trout stream nearby as well...

You don't get the real experience with the Google maps. If you are ever nearby, call Derek.

I shot him an e-mail tonight, will follow up with a call. Too bad I can't take this with me... I am pretty sure he can pull something out of the vault that will put a smile on your face.

Fred_G said:
I am pretty sure he can pull something out of the vault that will put a smile on your face.
Click to expand...

Or something that will make you giggle for a few months.....

I'll admit it, I have a big itch for a Frag Commander in 9mm. That's a long term savings project. I have 2 in college.

One does need to consider priorities. Sometime ago I decided quality trapped quantity. Any mediocre pistol, rifle, shotgun was sold to feed my addiction.

Bender said:
Or something that will make you giggle for a few months.....
Click to expand...

Guess who else went by GI recently? I think that .50 GI gun is Guncrafter's secret sales weapon... 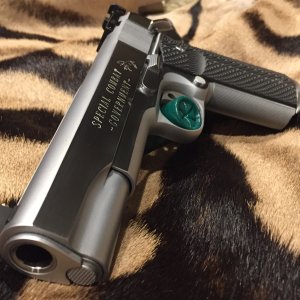 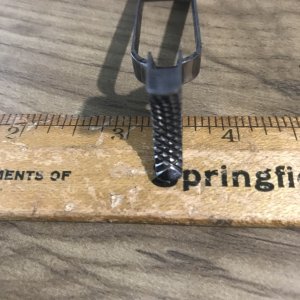 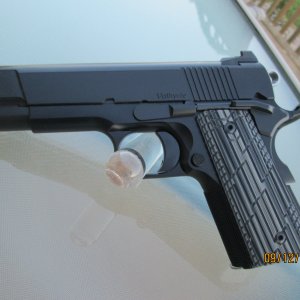 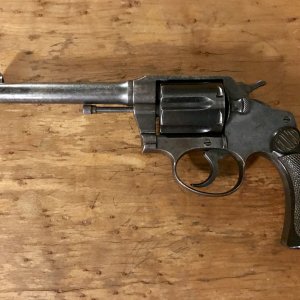 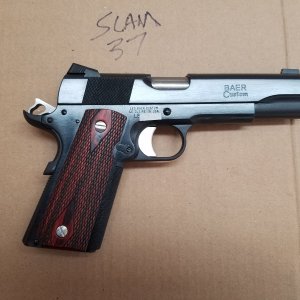 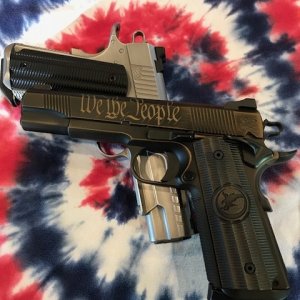 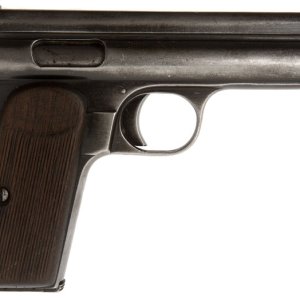