A very rare, Tactical Defense Pistol in God's Caliber. 1 of 100 made back in 1998, which makes this a Hillsdale. This appears to be as made. The Teflon S coating has held-up well. My new to me Hillsdale Baer TRS in .45auto

A Hillsdale SRP, which is the civilian model of the gun carried by FBI HRT. Still very tight and shoots w/o a problem.

As this is an older gun, I got it for a song, even though I could not tell it was not brand new. There are lots of low-cost, high-value Baers available online. Any idea when Baer started building these?

Bender said:
Any idea when Baer started building these?
Click to expand...

A year or two ago. Baer originally sold the TRS, then stopped selling that model and replaced it w/ the Gunsite model. They are identical. I own one of each.

Kevin, really like your SRP and REALLY like your new Gunsite. Congratulations and thanks for posting pics

Well, after some help from Ken Campbell (CEO of Gunsite) I ordered and finally received a Les Baer Comanche (Commander) sized Gunsite Pistol. For the moment it is the only one of it's kind. Les Baer builds Gunsite Pistols in cooperation with Gunsite Academy Inc.but ,up until now, only built full sized models (per a contractual agreement)
I wanted a Comanch sized Gunsite Pistol so I contacted Gunsite (fortunately it's just down the road from where I live) and then Les Baer and between the two I got the pistol I wanted. Here is my new Pistol.
TR
Last edited: Dec 19, 2020

TR, great pistol from Baer. I like that a lot. Congratulations all on some fine shooting irons

The last remaining Baer that I own but probably the "Best Baer" that I have ever owned...

My old UTC (less FCS). Certainly one of my most accurate 1911s. Bought her new from Crazy John 10 years ago. A true keeper!

And just arrived, a Hillsdale TRS Comanche in hard-chrome. Oh, all my 1911s are in .45ACP. I still kick myself for passing on one of those ^^^^ locally a couple years ago. Very nice Kevin. Congratulations
S

Not the original grips ( still have them ) but thought these fitting.
A 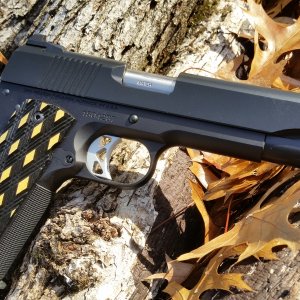 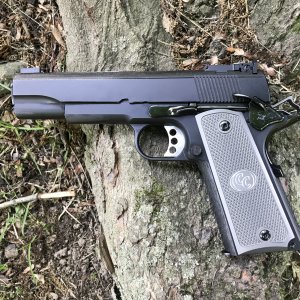 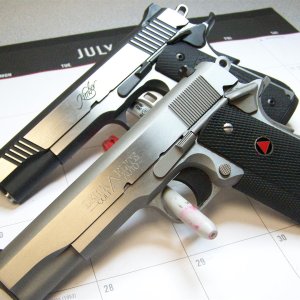 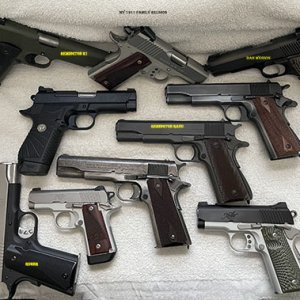 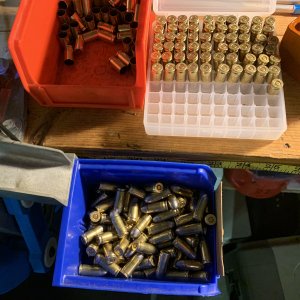 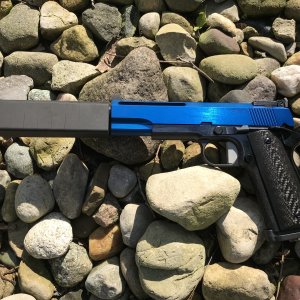 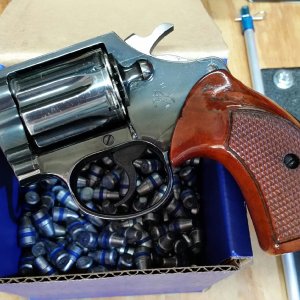