Trigger is sub par in comparison due to linkage necessary to accommodate the hi-cap mags.
Controls; thumb safety, slide stop are quite similar- but thumb safety's are mushy compared to 1911.
No grip safety, no swinging link barrel link.

My view is; they were in part designed by JMB and are very similar to- but they are not 1911's.

Nope. Some similar aspects, since it was designed by JMB. But NOT a 1911.

Great conversation starter for sure...

I wouldn't kick it out of my safe if it wondered in, if that's what you were wondering.

Thanks for the responses.

Not even close, I do enjoy them almost as much though

I wouldn't kick it out of my safe if it wondered in, if that's what you were wondering.
Click to expand...

I like potted meat and French fries but I am not Slingblade. The Browning HP is a wonderful pistol used around the world but it is not a 1911, it is more like a Browning 1935.
S

They are both handgun royalty. The 1911 is KING, while the BHP is QUEEN.
C

Other than sharing a similarly-principled operating system and the same designer, no, the 1911 and BHP are two distinct, separate and fairly distinct designs, and were originally designed for two different chamberings (.45 ACP versus 9x19mm), and initially commissioned by the militaries of two separate nations (the USA versus the UK). The 1911 continues to have a strong following and practical user base, while the BHP despite being an OK design and having a distinguished service history has become almost completely abandoned for all practical purposes. The BHP's (actual) design shortcomings such as having a magazine safety--exacerbated in the hands of the fictional arrogant sheriff--were the butt of literary criticism in the original novel "Rambo" (which was the basis for the movie, but differed in presentation of details).
Last edited: May 21, 2019

Two distinctly different firearms , amazing in their own ways .
S

I think you misread what he was saying. That ... could be (should be!) a comma. I read it as him saying that the 1911 is both the precursor and the masterpiece. I could be wrong...

Good discussion. Thanks again for the responses.

So, apparently not a 1911, but I’ll share my latest acquisition with you all anyway...

Hi,
The BHP has been the official Armed Forces side arm with many different counties through the years.

It has been used by Special Ops by different countries...

Just sayin, if you want or prefer an all steel pistol in 9MM, they have "been there and done that" so to speak!

I see no better options for that (my opinion) than the BHP!

JMB never got more than tool room samples done before his death. The same man who finished the design of the GP 1935, went on to design the FAL.. Now that's genius designing designing both of the most widely used weapons of the cold war.
Not Browning level but still impressive.
You must log in or register to reply here.
Share:
Reddit Pinterest Tumblr WhatsApp Email Share Link 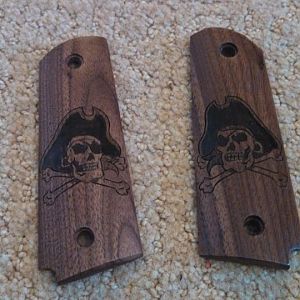 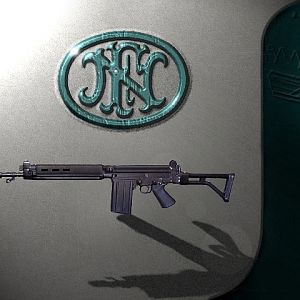 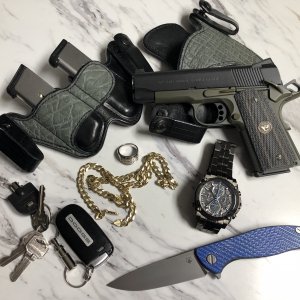