I haven't had any issues with the oem spring (yet) In all honesty, don't shoot this pistol a lot..but it works well when I do shoot it.
curious, what fitting is required, when you say " requires a little fitting" ?
Last edited: Jun 8, 2022

I had to file the reverse plug a tad to fit into the slide .

I have three Rock Island 1911 type pistols (Two full size and a commnder size) I use for every day plinking so as to keep my collectables from undue wear. All of them have worked very well with all types of ammunition.

As a rule, the smaller the 1911 type is the less reliable it will be, though it is entirely possible to make a small 1911 type reliable.

The first thing I would suggest given the gun works with some brands of ammo it to get a case gauge and gauge the ammo that does not work. Doing this you can eliminate one variable. Also measure over all length and check for a rough rim.

IF the cartridges gauge as ok, then you can say you have a gun problem, not an ammo problem.

At that point I would polish the feed ramp and chamber mouth carefully.

Then, carefully grease all the bearing surfaces with a good light high temp grease such as Lucas makes. Oil the internals. Be sure not to overlook the locking lugs on the barrel as well as the slide rails.

This should resolve the most common problems,....


KS Gunman said:
I'm hoping there's a few of you here. They are (supposedly) the largest mfg of 1911 pistols.

For those of you that have a "Rock" - what ammo has worked and what ammo makes it choke?

PPU is impossible to shoot. The first round is chambered by pressing the slide lock, fires, 2nd round fails to feed and the case gets mangled. Norma runs a tad better but still really bad. I average 2 - 3 failures to feed per mag. Sometimes one will be as simple as giving it a little "bump" into battery.

I have no problem avoiding these 2 brands. My loads work fantastic and so do the Sig V crowns I actually carry. I'll also avoid Federal but not because they run bad (they run great) but they have small pistol primers.

My concern is - does it end here? Are there other brands of ammo that I will not be able to run? Have any of y'all had any particular issues with specific ammo ran through an R.I.A.

I'm concerned the Norma had issues because of how hot it was. It makes me nervous that things like BB and UW are off the table. I'd like to hear from R.I.A. owners that have ran hot ammo. Did you have issues? Did you need to change recoil spring weight?

I plan on having my extractor tuned and measuring the thickness of the rim to rule that out BUT would still like to hear if anyone else is noticing any ammo that their Rock pukes up.
Click to expand...

joepistol said:
other RIA was one of their Officer sized 45's....think RIA calls it the "CS "model.. comes w/ a bull-type, bushingless barrel.
Mine's an older model than the CS model currently shown on their website. My older CS came with the small GI style sights .
I bought it "previously owned".. but it was un fired.. Guy bought it on impulse & never fired it, sold it to me.
I tried all types of ammo in it, as I wanted to see if what I'd read was true.. (that smaller than Cmdr.-sized 1911's weren't reliable.)
I was impressed with the accuracy of this short barreled 1911, even using the small GI sights..I could shoot it better than I thought possible.
I discovered that my 230 gr cast RN hand loads wouldn't feed properly.. They hung up.., needed a push on the rear of the slide to close completely.
Took it to my gunsmith for his opinion. He measured the chamber, then my loads. Seems cast lead bullets are about .001"larger in dia then FMJ 230 gr pills.
He used a chamber reamer & made about 1 turn with it, to open the front of my barrel chamber slightly.
It now feeds perfectly.
Reading the RIA owner's manual, it states to use 230gr FMJ loads only in this pistol....so I can't fault the pistol for my issue.
Both the RIA 1911's I own have not been fussy shooting my handloads ( I shoot my handloads exclusively)
I've loaded 100 gr, 115, 120, 124, 125,135, & 147gr bullets in my 9mm..some are cast, polymer coated, FMJ, & JHPs
in my 45's I've loaded 155, 185 , 200, 230gr cast, coated, FMJ & JHP's.View attachment 26763
Click to expand...

Do you use a taper crimp die on your handloads? If you don't you might try one, it will often solve feed problems.

Do you use a taper crimp die on your handloads?

Yes.. have used taper crimp dies on all my ammo for auto loaders for many years.
I also use the auto loader's barrel for a plunk test, to determine if a round will feed & extract in a particular pistol.
Probably didn't do that test for my CS, the 230gr lead RN were loaded for other 1911's... just tried them in the CS to see how / if they'd work.
You must log in or register to reply here.
Share:
Reddit Pinterest Tumblr WhatsApp Email Share Link 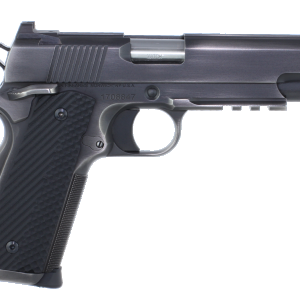 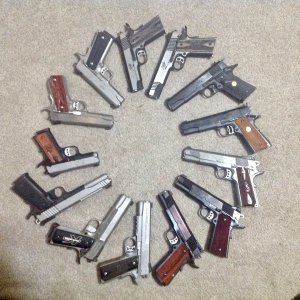 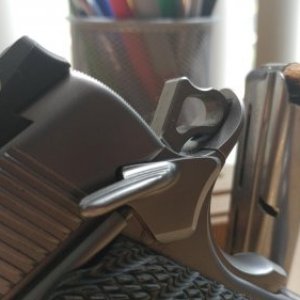 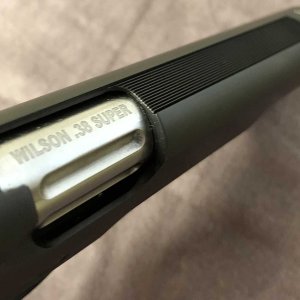 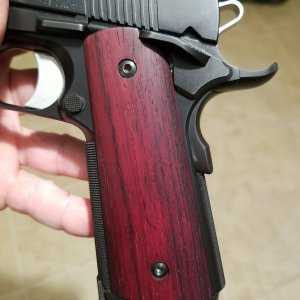 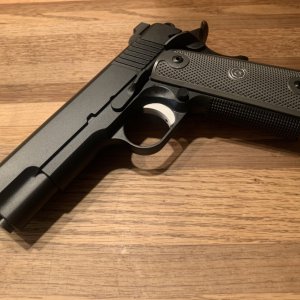 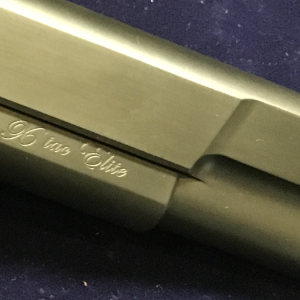