Im done with addicts but yeah this place needs to pick up! With the crap on that site I thought this one would be busier

I got the email a few days ago..already entered. Only 1 entry per person allowed.

That sucks I just saw this for the first time!

There's also about a 1/2 dozen states that they won't ship to. Give this administration(Communist) another year or so and there won't be any.

Not much as far as pistols of any kind. They had quite a few shotguns, bolt action and lever action rifles. The couple ARs were way over priced and no AR pistols or PCCs

I was ogling the TC BP rifles and they have all the supplies in stock for them, normal guy I talk to said they always have plenty of BP supplies. Just another option to have on hand? You never know!!

How nice, a 1 box limit of 9mm. That's a loaded pistol and 2 mags on the belt. Good times for sure.

.40 seems to be available . As long as people keep buying every thing they see , this isn't going to end . I shoot every week , but I ration it a little more carefully , shoot revolvers a little more to retain brass . My Dillon XL 650 is set up for 45 acp so I shoot my Miculek gun a lot .

Target Sport USA actually got some 9mm and 7.62x39 ammo in early today, I bought just a few boxes to leave some for others, I had to look twice to make sure it was for real, lol.

HooDoo Man said:
How nice, a 1 box limit of 9mm. That's a loaded pistol and 2 mags on the belt. Good times for sure.
Click to expand...

I actually have not bought any ammo in a few months, even when I see it. I do not want to contribute to the shortage or panic buying. I do get some funny looks from others when I’m looking at it and picking up the boxes then just put them back
I just comment, I don’t need it so I’ll leave it. It’s usually just about grabbed out of my hand as I put it back but the swamp creatures are thick at the gun store! You can tell the newer owners also. I try to give off an air of relaxation and peacefulness while they’re all spazzing out

I think the last ammo I bought was some steel cased 223 that was on sale..it was probably a couple of years ago.
I'm sure it was <$.30/rnd @ the time. I'd never shot any steel cased ammo before, , but decided @ that price , I'd try some.
I'd purchased an inexpensive upper, ( w/ bcg & ch) from a new, local , company called Combat Armory.
They even had free shipping w/ purchase. Before subjecting it to the steel cased stuff, decided to shoot some of my handloads thru it..
I attached the upper to a lower that has my favorite trigger, for the test. It shot the tighest groups that I've shot in any of my other (5) AR's.. measured a 5 shot group @ 50 yds. of just over .350".. I was impressed. Decided I'd wait till I shot it more, before using the steell cased Wolf/Tula I'd bought.

Ended up selling the ammo, after the panic set in.. probably sold it too soon, as I see it now going for $1.00/rnd, or more
You must log in or register to reply here.
Share:
Reddit Pinterest Tumblr WhatsApp Email Share Link 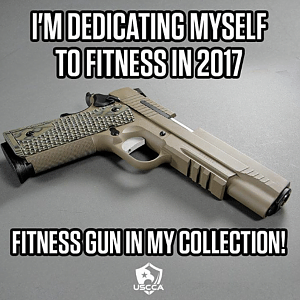 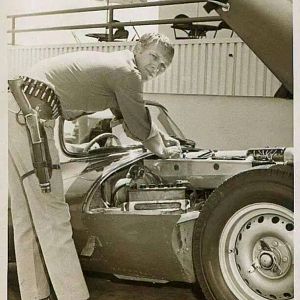 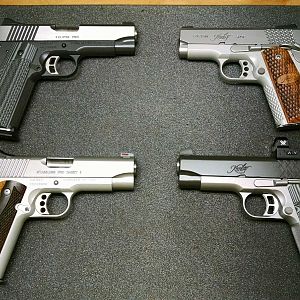 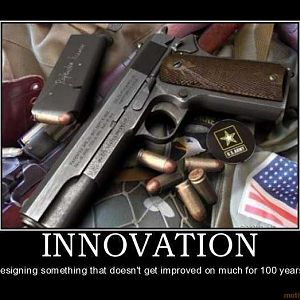