Okay fellow fanatics...I've decided to put my Colt Delta Elite 10mm up on the block.

Back story: I bought this from a family friend who doesn't shoot and is not a gun enthusiast...he inherited it from his late father-in-law and had no use for it. Sooooo, I got it to scratch the 10mm itch.

Why selling? I already have a Springfield 1911a1 Loaded in .40s&w that I am sending to Nighthawk for some love and to install a 10mm barrel so I have a 2-in-1 gun for competition and woods carry.

This Delta Elite is stock and hardly shot! The previous owner was not sure how much his father-in-law shot it, but when I got it I can tell you the feed ramp, barrel, slide internals, etc. looked almost brand new! I only put about 100 rounds through it to function test it. Ran PERFECT and was darn accurate! So I'd say based on the lack of wear, maybe no more than 300-400 rounds through it??

Full disclosure: There is a faint idiot scratch (picture attached) and a small scratch on the right front (it may buff out, it's not very deep). Otherwise, no other marks....

Package will come with: Deal of the day, Fanatics!
Z

Could you upload the pictures to the original post? Addicts site doesn't allow hotlinking like that.
Z

Oh wow...didn't realize the pic's didn't come through...I copied and pasted to save myself time. My apologies.

However...I'm gonna marked this SOLD/TRADED...pending the trade completes end of this week. 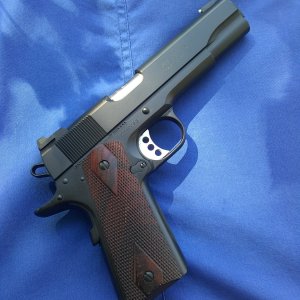 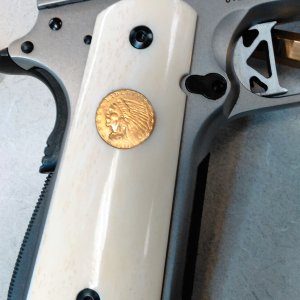 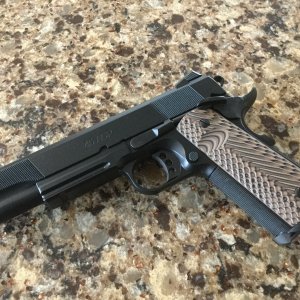 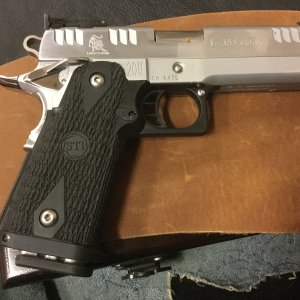 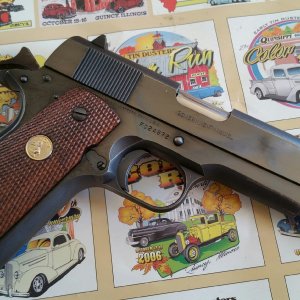 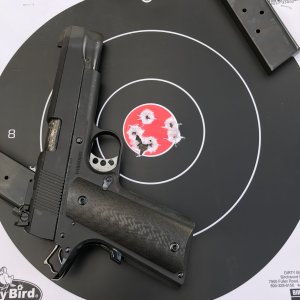 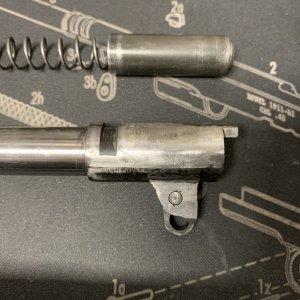