Howdy Members! I totally missed this thread when I joined and I joined the wrong way! First thing I tried to post an advertisement for my 1911 EZ Rail. Got some negative comments and a few finger wags and justifiably so. So here I go!
My name is Woody and I'm President of Tactical & Rescue Gear, Ltd. TRGear.com
I am a former CW3 Attack Helicopter Pilot, Comedian, Safety Specialist, Communications System Designer and then started a company with my father LTG (ret) Jack Woodmansee and my friend Don Wooten who was President of Wooten Metal. We started off with a one handed rappel device, then won a competition for the US Army's Weapon Flashlight Mount and the Folding Grappling Hook. That is where I hooked up with Colt & Beretta and we designed a few more products including an add-on rail for the 1911 and 92FS. Almost 21 years later we are still in business! I am no longer primarily working with the military and opening up to the civilian world... I'm nervous!!!!

Thank you for your service Sir

Bender said:
Thank you for your service Sir
Click to expand...

I enjoyed my time immensely!!! Thanks! Heck I Have a little brother that retired as a Colonel...however he was not an aviator...so we don't talk! lol

Welcome aboard Woody! For the info of fellow Fanatics, I just received a sample of the 1911 EZ Rail from Woody for review and comment. So far, so good. I just mounted it on my Les Baer Ultimate Tactical Carry with no problems at all. It did take me more than just a few seconds, but that was mostly my fault. I tend to go slowly with things I'm not familiar with. At any rate, it's now firmly mounted on the pistol with a Surefire X 300 light attached. I'll take it to the range this week and do a follow-up report after running 50 rounds of .38 Super through the pistol. I'm not going to bother posting pictures of the EZ Rail on my pistol since the pictures posted on the website are better than the pictures I produce. I'm betting that the rail will hold up quite well. More to come.

Did you need to add the slide stop pin we provided? Some 1911's have an extended one like the Springfield. Colts is too short.

I tried to use the slide stop that came with my Les Baer pistol because it extends beyond the frame. However, the end of the slide stop is rounded and I didn't feel that it would provide a solid anchor for your rail. I think that I should be able to testify that your slide stop performs as well as the slide stop(s) that it replaces - at least for the short term. The simple fact is that a large percentage of pistol owners buy guns that they seldom shoot. I shoot 100 to 150 rounds a week while rotating my 25 handgun collection on a regular basis. Whether they admit it or not, most addicts aren't shooting in regular competition and therefor don't "run their guns hard". I'll be 75 in November and don't shoot like I used to. However, I can still out shoot a lot of "young guns". You'll be getting an honest review from a retired naval aviator and major program manager for the US Navy. CAPT, US Navy, Retired. I don't normally give that info out.

Welcome From CT. Thank you for your service.

WWB said:
Welcome From CT. Thank you for your service.
Click to expand...

Thanks for the welcome! I'm sure like many of us we wish we could wear the uniform till we die! I think us guys 60 and older wouldn't hesitate to accept missions with ify outcomes! lol Cheers! 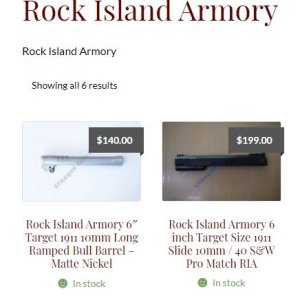 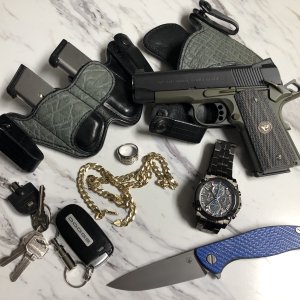 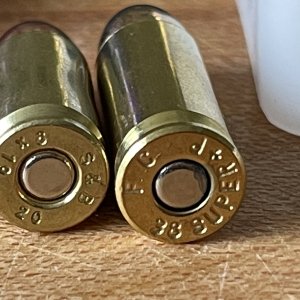 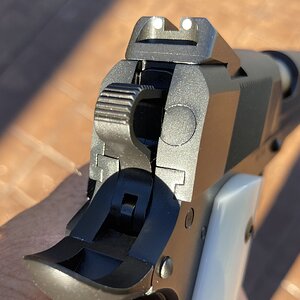 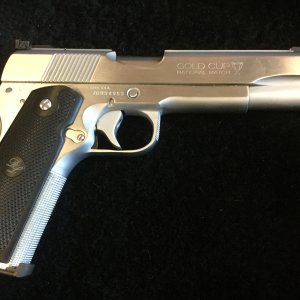 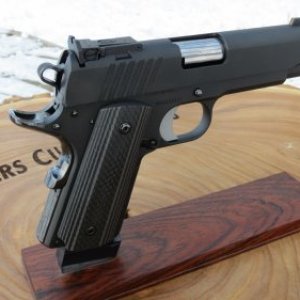 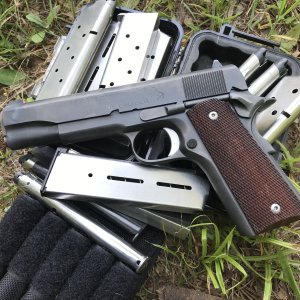