Hello from balmy Central Texas. I'm pretty much a fanatic for anything that shoots and any sort of competitive thing I can do with shooty things. Starting back in the late 70's I took up IPSC shooting with, of course, a 1911 - an AMT Longslide Hardballer. That jamomatic POS is long gone, and good riddance to it, replaced with a series 70 Gold Cup and later a race gun built on a Colt Commander. After a few years playing that game I wandered off into the Highpower Rifle wilderness and spent several years there. Family and other obligations then cut into my shooting time such that the only shots I fired were the four necessary to fill my deer tags and a box of 12 ga on opening day of dove season. Now the kids are grown and gone, I'm retired and once again my time is my own. I've sought out enough action pistol events, long range rifle events and other diversions that I have a match or two to go to every weekend and I do.

The current stable of 1911's, oldest to most recent, is

The Commander race gun, which failed in a bit alarming way and is now back to a very nicely customized Commander.

A Ballester-Molina, Argentine Army version that I picked up back in the 90's when I had a C&R license.

A Sig Nightmare and Remington R1 from a LGS, bought in the same transaction.

A Para Ordnance double-stack .40 S&W light double action. I tried shooting this in a match shortly after I got it and just could not get used to the long trigger reset.

A Rock Island Ultra FS in 9mm. This is the one in my avatar. Good, reliable, accurate gun with plenty of bells and whistles for a very reasonable price. One of my current favorites.

Other pistols in the match rotation are a Sig P320 X-Five 9mm, a Performance Center M&P Pro with a Vortex optic, also 9mm, and every once in a while a Glock 35.

Hello and Welcome from South Texas. More accurately, Corpus Christi.
While I'm a freak for my 1911's I do run a Tanfoglio Witness Elite Custom Gold Match in .45 as well. I think we all have nice semi-autos aside from our 1911's but, one day I'll move from having them in only .45acp to both a 9mm and 10mm in 1911. I've heard great things about the Rock Island Armory offerings and will likely go in that direction for the 10mm but I'm not set on any particular brand for the 9mm 1911 just yet. Thinking Colt to match a couple of others I own but the same could be said for my Kimbers...
Either way, I'm new to the forum as are others I see but retired and sometimes feel a wee bit older than age would suggest. Ha ha ha...
My dog is setting off on me so I'd best bid ya'll adiúe and get him outdoors before the paper towels have to be pressed into service .
Be well ,be safe and be blessed in all things ...
Sincerely and Respectfully Yours ,
...~Dr. Benny

A Ballester-Molina, Argentine Army version that I picked up back in the 90's when I had a C&R license.
Click to expand...

Welcome from western NM. Same twodogs at the Ruger forum? 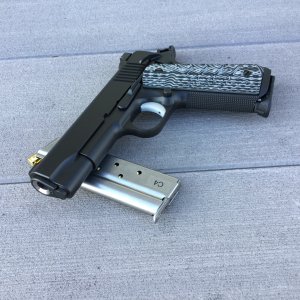 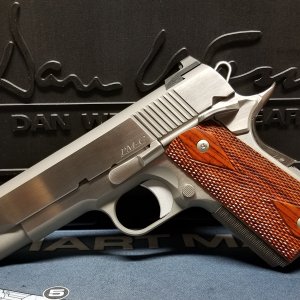 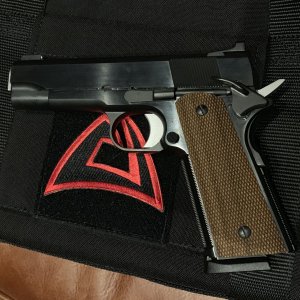 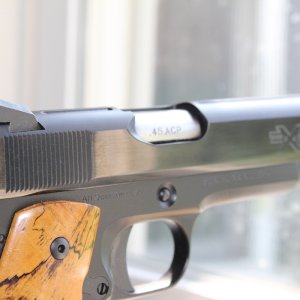 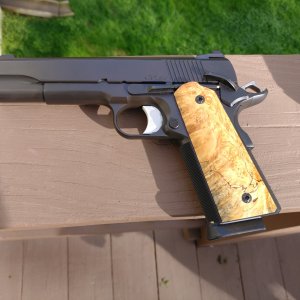 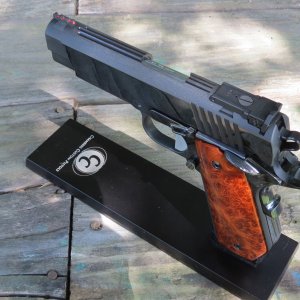 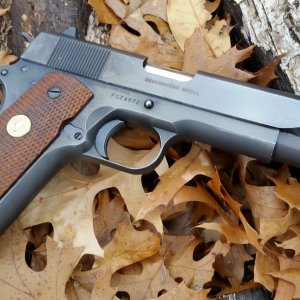