Nighthawk Nighthawk tour,.......I have been blessed this year!

What can I say, I’ve had a blessed year!

It all started sometime ago. I’ve had a few Nighthawks over the years. Those that know me, have seen me buying and selling. I’ve always been looking for THAT pistol. Last year I saw the Nighthawk classic, a stainless Government model. As it turns out, this pistol was based upon upon what Allan Wyatt had submitted to the American Pistolsmith Guild. I really didn’t know that until very recently.

So with that being said, MSGT2511 came up with this idea to tour Nighthawk which was very exciting to me. Just the idea of seeing the machines & the people who create these pistols is exciting. The kicker, or the cherry on top of the sundae was that Nighthawk’s owner, Mr. Mark stone, was inviting the group to shoot at his personal range and a BBQ at his home. I did all I could to ensure that I’d be able to attend. I joined up with another addict and drove down to the event. I cannot say enough about the trip.

The tour was started with a talk with Mr. Stone about the how and why the company was created. He also explained the facility and how it came to be. I won’t let the cat out of the bag I’ll let somebody else do it, but the facility is hiding in plain sight. Fred_G, EthanolRed, Pangari1 & myself were escorted by none other than Mr Bob Reeves. Those that don’t recognize the name, he is also NighthawkRep here on the forum.

We had a heck of a tour, as this post is getting rather long, I’ll let others tag in and fill in some blanks and some details. The highlight of the tour for me was spending time with Bob and nearly giving myself whiplash from looking in every direction with every step. Another high point was getting to meet Mr. Dave Atchley. Those don’t recognize the name, he was the first Smith to be trained from Bob Marvel to complete that model. He told us a couple stories, I could’ve spoke to him for days. He told us about building a pistol for his wife. He is truly a master craftsman, he took upon himself to attempt to inlay an emerald into the slide stop pin on the right-hand side of the frame. His first attempt ended in crushing a stone, $250 down the drain in an instant. He decided to speak with the jeweler, a silversmith to be exact, to see about how to best complete this. He decided to speak with the jeweler, silversmith to be exact, to see about how to best complete this turmultuous task to please his bride. He was essentially told that he would have two first and lay the stone into a piece of silver then afix that piece of silver to the slide stop pin. Here’s where the story gets wonderful, seems he had to have a bit of a discussion with his mill as it was not cooperating. Even though I wasn’t there at the time, I can visualize this master craftsman begging, pleading and asking the mill for his help in completing this job. For those that have met the man, I’m sure you can picture this and understand what I am trying to convey. For those that have not met Mr Atchley, you need to get to Arkansas.

Another highlight of the tour was seeing Pangari meet his baby daddy. I’ll let Pete explain all that. We visited the machine shop, which had numerous Haas CNC machines producing slide stops, thumb safeties, and slides from solid bar stock......one heck of an awesome time.

The following day, we all got together met at the shop and drove to Mr. Stone’s home. I won’t say a whole lot about his residence as I feel that his personal information that I care not to share. I can’t say it is a wonderful residence with an astonishing view. While it was raining it was a light rain, we all went to the area where Mr. stones range was set up, numerous plates of steel the shoot out, and awesome backstop, and they had erected awnings for us to get out of the rain and place our cases on tables. I don’t believe I heard one dampening word of the rains. Everyone was in high spirits, had a great time, shared pistols shared comradarie and we had a few friendly shoot outs. They were friendly shoot outs, one of the most notable Was that of Mr. Doug Turnbull and Mr. Stone shooting a swivel tree. Something I will not soon forget.

As I was pulling one of my pistols out of the case Bob Reeves was standing by, and showed an interest in the pistol I just withdrawn. I explained above that it was the new Alchemy Prime and handed it to him to take a look at. He seemed to enjoy its basic, yet elegant lines and clean look. I told Bob that was a new pistol I had never shot it yet and urged him to be the first to shoot pistol. He reluctantly agreed as I insisted and I thought it would be an honor that he fired the first few shots. He ran a mag through it returned with a smile on his face and commented about how smooth it shot. I shot about 300 rounds or so, others shot a few hundred rounds through my pistols. Everyone had a great time.

Following the shoot, we went up toward the machine shed. We were greeted with refreshments. Later that evening we were offered delights from the smoker, great and wonderful side dishes, all offered from the Stone family a Nighthawk crew. We had a wonderful time talking amongst ourselves and with new friends and new family. I have heard of other tours rather similar to this one. While I have not experienced others, I am truly humbled to have been able to experience this event. I emplore you, do whatever you can to attend one of these events. It is not a public affairs event, it is an actual gift from the heart of the Nighthawk family. I’ve met so many new friends on this trip, I spoke with Doug Turnbull about his aircraft and his trips for a good bit.

I would ask that others who attended, please add their highlighted experiences and their account of events. I think you Brian, I thank the entire Nighthawk family, and thank you Bob, NighthawkRep, for helping to facilitate all of this for us.
Last edited: Sep 26, 2018

That sounds like an awesome trip. I would need a week long tour just to have enough time for all my smithing questions.

I am envious. I have a great desire to own a Nighthawk pistol, both because the guns are sweet and because of their Christian values. Some day!

But as for me and my household, we will serve the LORD. Joshua 24:15

great write up about a good time had by all. this was the NHC bash right?
need to label the pics. I am guessing one is Turnbull and stone?

Great write-up, Thx for sharing. I own a NHC Falcon chambered in .45ACP. Last year I purchased a NHC Kestrel, another amazing pistol. Lately I have started to lust over the NHC Classic, in stainless. Aside from the two NHCs, I also own an Ed Brown Classic, and a Les Baer. They are all amazing guns, but the Nighthawks remain my favorites.

Hmmm, maybe if I buy the NHC Classic I'll go down for the tour.

PhilaPop said:
Great write-up, Thx for sharing. I own a NHC Falcon chambered in .45ACP. Last year I purchased a NHC Kestrel, another amazing pistol. Lately I have started to lust over the NHC Classic, in stainless. Aside from the two NHCs, I also own an Ed Brown Classic, and a Les Baer. They are all amazing guns, but the Nighthawks remain my favorites.

Hmmm, maybe if I buy the NHC Classic I'll go down for the tour.
Click to expand... 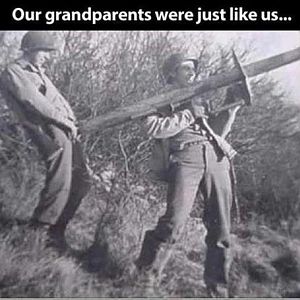 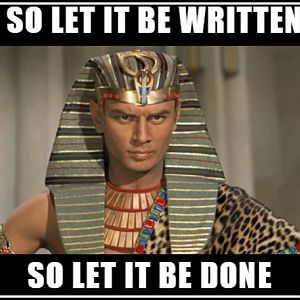 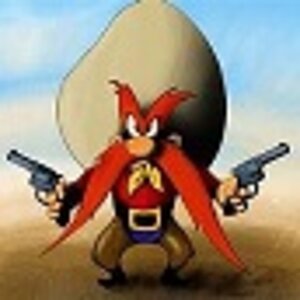