A pic of the potential target. It may be worth shooting.......

One of my families hobbies was attending rendezvous. I grew through the peewees shooting a 32cal on up to a .54 cal Long rifle. I spent my days at the knife and hawk throwing course.

I’ve got an old, early nineties Traditions 50 cal. It’s fun to shoot. It’s nowhere near accurate and reliable enough for me for hunting anymore. The Triumph shoots better than a slug gun.
R

I hunt ML season in OK most years, but I’m not a “traditionalist”. I’m shooting a New Ultralite Arms smokeless.

Would love to stick this one with my Raven
H

I have a couple 12ga shotguns but rarely shoot them.
I do enjoy shooting muzzle loading guns

Yes, I still shoot the old Traditions 50cal I have at the range. It just makes me smile with each shot.

I’ve got a stainless synthetic .50 cal T/C with some good glass on it that’ll put the first 5 shots into a 2” or less group all day long at 100 yards.
Best muzzleloader I’ve ever owned and by far the easiest to clean and maintain.

I don't have a muzzleloader, but have always wanted one to add to my collection. I have seen them many times, but I have never shot one, loaded one, cleaned one, etc...

I wonder if there is a muzzleloader out there designed for the total, complete, "newbie"....

I cleaned up and refinished this Pennsylvania Rifle for a friend of mine. It was made by James Golcher in Philadelphia between 1830 and 1850 (or at least in his shop). It spent years up in her father’s attic. It was very, very rusty, the wood probably couldn’t be any dryer or more brittle.

She doesn’t know the full story behind the rifle except that it came with her family when they came to Kansas to homestead in the 1870s. She said that she had seen it in the attic before and her father (now deceased) said that it was his great grandfather’s but he had never fired it or seen it fired and that it had been in the attic as long as he could remember. The House was built in the 1880s and lived in continually by the family until 2014 when her mother died.

It was truely in relic condition. It has a broken wrist repair made with a sheet of copper and 48 small square nails. I pried up some of the nails and glued as much of the cracked area together as I could and reset the nails. The nail heads were rusty so I did polish them and blue them. I tried to preserve as much patina in it as I could. However I did clean the lock and barrel down to bare metal and browned the barrel and blued the rest of it. The stock was very dark, almost black. I didn’t want to make the wood look like new but did lightly sand it to show much of the nice tiger stripe maple grain. I rubbed in six coats of boiled linseed oil and then waxed the entire rifle, wood and metal with two coats of Johnson Paste Wax. I like the way it came out.

Apparently the Golcher’s were a family of gunsmiths in Philadelphia for three generations. They were prolific gun builders; rifles, pistols and fowlers.

I didn’t think to take pics during the project but these are stills from a panoramic video that I took of it.

they seem interesting, i have never fired one. my taste for older technology tends to stay with mosin , garand , and 03-A3 rifles.. i would love to try a black power gun some day.. i just don’t have space for another type / caliber of firearm. i started reloading about 8 years ago and still have so much to learn about that area.
Q

you guys that like black powder ... question for you. do you like traditional black powder ?? or the one piece pellet things used in the in line rifles ?? that seems like a fantastic idea.. unless you want slightly more or less powder to adjust your load.

black powder seems fun, but very dirty to clean up guns after shooting . i assume the delay in ignition and the recoil you feel is very very different than modern smokeless powder.

I have only used traditional blackpowder and I only have BP handguns, one .36 cal revolver, two .36 cal pistols and a .45 cal pistol. They are fun to shoot but I don’t really enjoy the loading process and I really don’t like the clean up.

I do have a Wesson & Harrington Buffalo Classic in .45-70 that I loaded up some black powder cartridges... lots of smoke, kind of fun but I went back to smokeless.

Black powder cartridge in a breech loader seems to be way more fun than reloading a muzzleloader, at least to me.

Back in the day, when I could see well enough

I would go here twice a year.
I would try to shoot with some like these

Then move down to the offhand line with one of these

I was never much better than middlin to fair. Swiss powder is the way to go. YMMV, thanks for shopping with us, please come again, results not typical.

Standard disclaimer, these are stock photo's. I sold mine many years ago when cataracts clouded my vision too much to attempt to shoot competitively.

My first Christmas with my bride, she bought me an unfinished Cabellas Hawken
rifle kit in .58 cal. Still have it. Took it to the range twice... That was enough
It has a brass butt plate and that with the fierce recoil was enough for me to make a wall hanger out of it!
You must log in or register to reply here.
Share:
Reddit Pinterest Tumblr WhatsApp Email Share Link 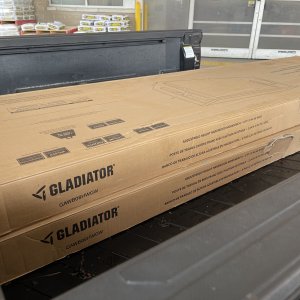 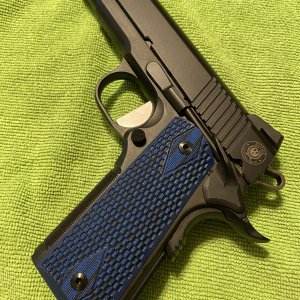 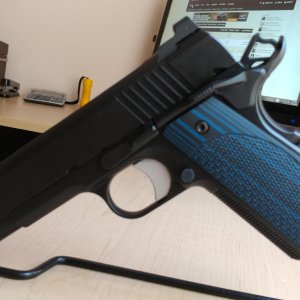 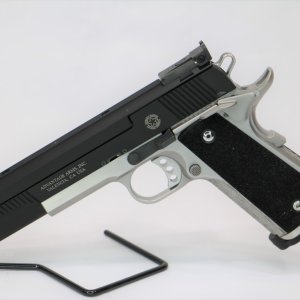 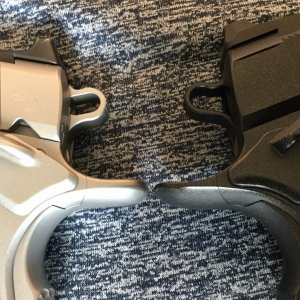 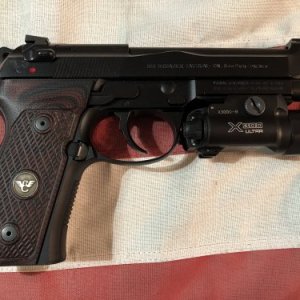 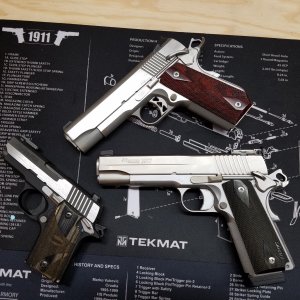