My agenda here is to gain an understanding how seemingly redundant forums work. And I don't mean this disparagingly, in that other existent 1911 forums are in play I'm just curious how this one will work out.

Best of luck in achieving what your after here.

I've noticed on the other forums some members multiple post the same thing; be it a gun, grips, comments, etc. now I'm seeing those same folks post the identical thing here. Maybe it would be more appropriate to call it 1911 Obsessive and I don't mean that necessarily in a bad way, I'm just trying to find the value of it.

But you've all just started, it'll be instructive as time goes by observing how you grow and evolve into something different. As I'm assuming that's the objective. Why I'm struggling with it is your format is the same as the others, though that may simply be the nature of these things.

Again best fortune to you and your goals, I applaud the effort you folks have taken to mount a new platform.

Thing about Hemingway is the drink ultimately overwrote the editing.


The Hemingway is a message to a certain “friend”

I think you’re asking a good question and that was the thrust of ‘olddog’s’ (I believe it was) question too. It appears to me, forums take on a certain “personality” - for lack of a better term. Based on their owner’s motivation and desires for the forum, how topics are handled and discussed, tend to determine the relative success of a forum. As the forum grows, the selection of moderators becomes critical - usually they need to reflect the owner’s values and desires for the forum.

I’ve posted a meme before, in one form that got about 27 gazillion “likes”, only to post the same meme in a different forum that got immediately deleted and resulted in me receiving a nasty-gram from a moderator. I made a personal decision to withdraw and discontinue my participation in that particular forum. To me, each forum has to decide the level of strictness and tolerance it’s willing or desires to impose. It’s their call; I think it can be a very “fine line” to make such judgment calls.

The same holds true for exactly how “freewheeling” discussions within a thread are allowed to be. (I tend to like the forums that allow a fairly wide latitude - as long as it stays half way civil). Wondering from the thread topic usually corrects itself (eventually).

I’ve only seen probably less than half a dozen threads ‘shut down’ by moderators in all the time I’ve been reading forums. And I’d say, that was the right call to make on the part of the moderator. The discussion(s) had turned pretty nasty and shutting down the thread allowed for ‘cooler heads’ to prevail.

How much the “personality” of a particular forum matches your own, I think, goes a long way in determining how much you enjoy and will participate in that forum.
Last edited: Jul 1, 2018

I've been a mod on a regional forum with about 20,000 members that really hit its stride a few years ago and I made all kinds of fake internet friends, many who became real live in-person friends since we were all geographically within a few hours of each other for the most part. The place had a great chemistry. It was unfortunately sold to a media company and all the mods and all the admins revolted, started another forum, and left.

The new forum got off to a rollicking start but after a year it became clear there was a split between the handful of owners in terms of what kind of non-gun content we thought should be allowed. That caused another rift. In the meantime, yet another large regional gun forum was sold to the same media company, and they're membership began to bail out in droves and came to the new place.

To me, none of them have ever been the same. Too bad.
B

seems to me the best forums have members who are tolerant, and promote free speech and learning

I don't particular want this forum to go down the path of threads having nude women, blatant racism, or drama filled trash talk.

I'm not familiar with this language, though looked it up. Are you a moderator?

ThePlumber said:
So, I’m out?

I asked cause I saw some place on this board you said you didn't want trailer trash joining the forum. If I remember right back in the days of the draft the trailer trash were the first to go and many were issued 1911s. They might add substance and historical context.

Captain Blood said:
I asked cause I saw some place on this board you said you didn't want trailer trash joining the forum. If I remember right back in the days of the draft the trailer trash were the first to go and many were issued 1911s. They might add substance and historical context.
Click to expand...

So you’re taking something I stated in a completely unrelated conversation and twisting it out of context. And to twist this into a lack of support for those in the military? Are you flippin serious?

You truly have no idea who I am, what I’ve done or where I’ve been.
I don’t think I have much use for someone that will intentionally twist someone’s words, into a completely different meaning and intent.
C

You've mistaken me. Initially I thought you were a moderator from the tone of our conversation on this post and your omni presence on the entire board. My intention was not offense, but rather an explanation of why I misidentified you as a moderator. Apologies if you'll except them.

I don't think I twisted your words at all, but I am at fault thinking you had an investment in this enterprise as to who were to be allowed to join. 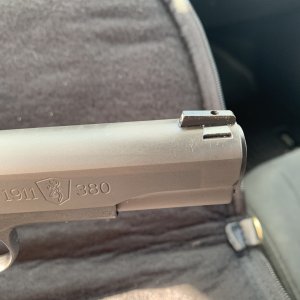 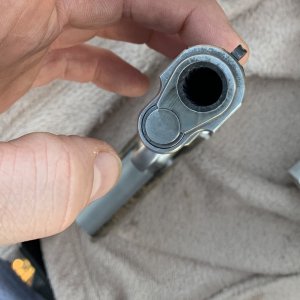 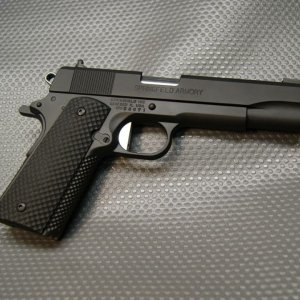 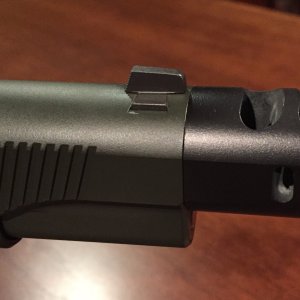 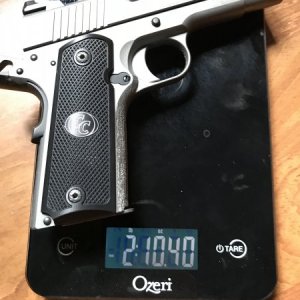 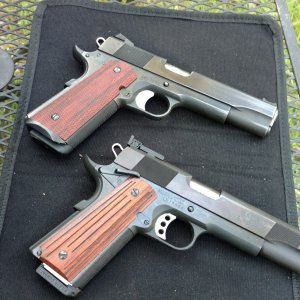