I am new to this forum have lots of 1911’s recently purchased the Dan Wesson TCP in 45 but I am having difficulty finding a holster due to tri top and rail any suggestions?
Thanks

Buy a mil spec and a Sparks.

The gun will fit in any holster for a standard 1911.

jharbert1965 said:
I am new to this forum have lots of 1911’s recently purchased the Dan Wesson TCP in 45 but I am having difficulty finding a holster due to tri top and rail any suggestions?
Thanks
Click to expand...

tomrkba said:
The gun will fit in any holster for a standard 1911.
Click to expand...

My 1911's ride in BlackRhino holsters. I still cherish the leather holsters made by Nightingale or Kirkpatrick Leather. Those shops are now a year out for most orders.
W

jharbert1965 said:
I am new to this forum have lots of 1911’s recently purchased the Dan Wesson TCP in 45 but I am having difficulty finding a holster due to tri top and rail any suggestions?
Thanks
Click to expand...

I use a Black Arch IWB style. I have the same pistol and it works fine in my holester.

Anyone know if a Wilson 5 inch ramp fed 9mm stainless barrel will fit a Ruger SR11 1911? Will the barrel link and pin on the Wilson (Nighthawk) also fit?
O

Most of us need a few different rigs for different purposes and environments.

Get a thick quality belt, Cowhide, Horse or Buffalo.... as wide as you can fit in your Outdoor Trousers.
I use a 1.75 inch. If I could find a real nice 2" I would pay to have my Trousers belt loops extended. Most 1911 are nice and heavy.. as is the ammo and extra mags flashlight etc.. so a nice and heavy wide belt is great.. Lined leather holsters unless your weapon is stainless steel..

If your working outdoors .. maybe in the woods or under a vehicle etc.. OWB Leather Thumbreak. Covering the sides and muzzle of your 1911 protecting it from bangs and scrapes as best you can. The thumbreak will keep it on you as you work..

For sitting, riding around a lot a Vertical Shoulder Rig..

You will want an IWB for dress whatever..

Milt Sparks, Galco, Bianchi, Acker... these are good companies been around a long time. This is a time to stick with fellows who have been doing this stuff for 40-60 years or longer..

Plastic Gun?.. Plastic Holster? does not matter there is no redemption either way.

Stainless 1911 for Marine Use? Plastic Holster?.. Just be sure you speak with an Orthodox Priest and ask for Absolution.. after penance... lots of penance.

You want the natural effect of Gravity to be working for you.. So keep that in mind as you chose your holster.. and consider the guns most common resting orientation.

I mostly use a simple Yaqui Slide anymore.. very reliable and straight forward. I have had no problems keeping the gun in the holster.. in a motorcycle crash.. falling down stairs.. wrestling.. Gun stayed put.

Here is a caution:

Never get a Holster that uses your Trigger Finger to release the weapon from it.... It was/is such a bad Idea.. and so easy to screw up under pressure. I was rolling my eyes from the moment they first came out. When a gun comes into your hand your trigger finger should have only one job..

There is a sad video.. where you can see a nice young man with a particular pistol and plastic "trigger paddle" release holster repeatedly drawing firing shooting for quite a while. He then in the video switches out pistols and holsters.. Promptly shooting himself in the leg on the first draw..

What appears to have happened

The manipulations of the former holster included using his Trigger finger to press a paddle and release the gun.. The Second Rig he used did not require that movement for release.. After switching pistols and rigs he once again began his Pistol Draw at which point "muscle memory" from his previous repeated practice kicked in and he executed the first set of iterations on the second holster during the draw and the rest was unfortunate but predictable history.

"well there are police departments who use them" Yes and when in uniform they open carry the same gun the same holster the same way.. every day.. Now I am in favor of carrying the same handgun the same way everyday.. If you do that.. it is still a bad idea.. just not as bad an idea as switching around holsters, guns etc while using the plastic paddle fiddle faddle.

In any case Just stay away from complex stuff.. Complex is not your friend.. 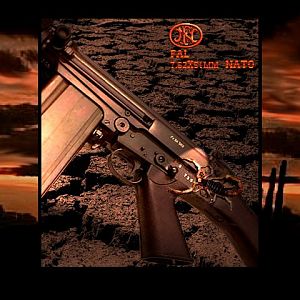 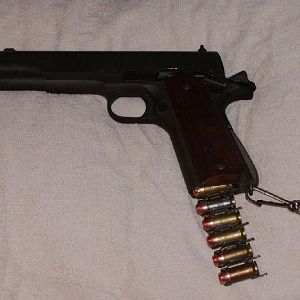 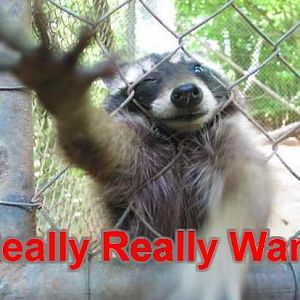 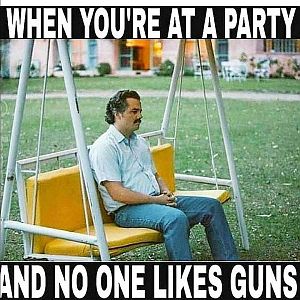