Guncrafter A visit with Derek and Guncrafter

Last week I took my wife to visit her family in Tulsa, and against her wishes, I forced our 15 year old daughter to come along. I have learned to never do things that don't come with an upside, and there was a huge upside to coming to Tulsa: Guncrafter is ~3 hours away. Before I bought the tickets to Tulsa, I sent an e-mail to Derek and asked if it would be OK to visit GI. He said “Come on!”

On Thursday my daughter and I made the drive over. If you have never been to Arkansas, you should know that there is arkansas (the Mississippi delta region which is earthly confirmation of the existence of Purgatory) and then there is ARKANSAS, which is a beautiful hilly and treed country (where GI lives). Driving through ARKANSAS, it was hard to not stop occasionally to take pics, but we were on a mission.

We got there and Derek showed us around the place and explained why GI does some of the things they do. Some of it I knew already, but a lot I did not. GI is a place that appeals to the engineer in me. I saw pistol kits that were in the process of being put together, which to me was cool. There were going to be some happy people soon.

Then we got to shoot.

But first, let me stop here and talk about Derek for a second. The man has earned my respect for his commitment to giving great pistols and service to his customers, and everyone has noted his responsiveness. By virtue of him letting us visit, he has gone well beyond what I could have reasonably asked. And while Mary has shot some, she was afraid she would embarrass herself when she got her chance to pull a trigger. Derek has some serious skill as an instructor, and he gave her some pointers before, during and after shooting the pistols. She was made to feel at ease, and Mary came away saying Derek would be a great shooting coach.

We got to shoot two Hellcat x2 pistols, one with an RMR and the other standard. The last pistol we shot was the big .50 with a silencer.

I have been waiting for someone to post a review of their Hellcat x2, but none of you did (that I saw, anyway). I am here to tell you that I no longer need to wait for someone to post, I can say first hand that this is a shooting pistol. I had always questioned the design of the slide, but the lesser reciprocating mass was noticeable. This is a flat shooting work of art. It has the typical GI trigger quality, and it was easy to hit the steel plates. Beyond that, the Commander size Hellcat x2 resolves every reservation I have by pairing a 9mm 1911 style pistol and its ergonomics with greater capacity. I had been very interested in a Frag Commander, but that has changed. I can get the Frag pattern on the Hellcat x2.

The most fun part was shooting the .50 GI, and my daughter loved the heck out of it. With Derek’s instructional skills, she pounded the steel with it. I enjoyed shooting it as well, but I should state the pistol we shot had a LOT of rounds through it and was as smooth as glass.

This was a great day with my daughter, and I appreciate Derek and Guncrafter for helping to make it happen.

"I've always accepted your interest in 1911s, 'Oh, that just dad's thing', but since I met Derek, I now know there's others like you."

Now for the Hellcat x2 Commander, dressed up something like this would be nice. Very cool! I should have visited while I was in the area. Oh well, it’s an excuse to get out of town again later.

Good write up, GI and Derek make great stuff and are good people. 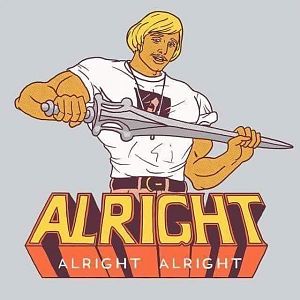 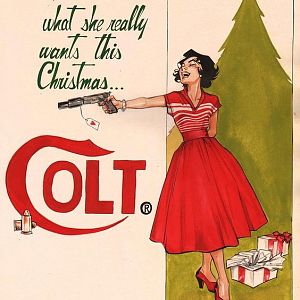 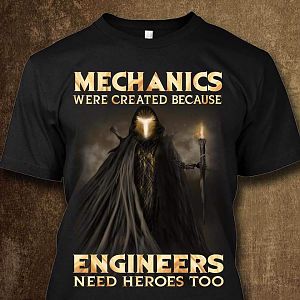 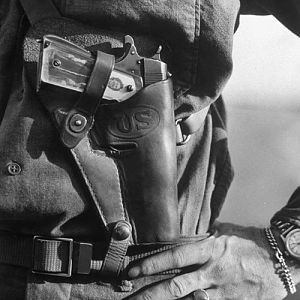