Guncrafter A little trip to Guncrafter

I’m sure everyone is well aware of a trip a group of us made to Nighthawk last week as it has been well discussed over in their thread and oh what a trip it was but now for the rest of the story.
So there we were, myself, Fred_G, and Bender. We just finished eating breakfast at our new favorite morning place in Eureka Springs

Ate there 3 times and as Fred liked to point out...”no one died”. We were trying to figure out what to do before meeting everybody and thought “hey, Guncrafter is around here....let’s go find em”. We used our google-fu and found an address, plugged it in the navigation, off we go. Bender tried reaching out to Derek with no luck but what the hey, let’s at least find the place. Well we drove for a bit and next thing you know we are turning off the hard road and on to what I can only describe as a very well kept logging road, red clay and gravel, with the sound of banjos in the distance. We followed this for a minute, even crossing a creek by driving on 2 concrete slabs, and found ourselves in the middle of the forest with no signs of civilization. We were all but ready to give up when Derek called. Per Derek’s instruction we were to turn around and follow the road a bit and when it bends to the left turn right. He will be outside waiting for us and is he doesn’t see us in 10 minutes they will come looking for us. I’m serious, that’s what he said, I mean I can’t MAKE this shi0t up. Lol
Well we found the drive and pulled up to see Derek and a few of the guys waiting for us. If they wouldn’t have been there, we would have kept on driving. Guncrafter is even more incognito than Nighthawk, we were in awe. Derek greeted us and welcomed us to Guncrafter. We stood outside and talked a minute, come to find out Derek and his wife are actually from just across the river in St. Louis. Small friggin world, right! We headed up the hill and entered the hallowed halls of Guncrafter Industries. First stop was the room where the magic happens. The smiths were busy at work so we looked around trying not to interrupt them too much and I still am in awe. The talent of each and every Smith I have met on this trip just amazes me. Watching them file and work each piece, the patience, the skill. So cool to see firsthand. Then Derek pointed out the workbench behind us. “That’s Alex’s bench”, “Every single gun has to make it passed THAT bench before it ever goes out the door”. TOTAL CHICKEN SKIN! I think Bender even giggled like a little kid. Well we walked to the next room and into Derek’s office, we rather Chelsea and Derek’s office. You see, Derek and his wonderful wife Chelsea work together at GI....in the same office.....every day. That office is where everything you see, be it on the interwebs, in print, wherever. It all comes from that office. We visited for a bit and then Derek began pulling out the boxes. My friends, in these boxes were some beautiful GIs. I saw my first Hellcat....wow. My first GI double stack...Wow. The most amazing full blown, this is not your everyday BBQ gun......WOW. Oh, and Derek’s competition gun.....just plain sick! All the while we are looking at these beautiful guns we are just visiting. It really felt like we were catching up with old friends we hadn’t seen in a while. So there we are fondling the fine firearms when Derek blurts out, “hey Alex, I’d like you to meet some folks”. Yup, there stood Mr. Alex himself. Somebody pinch me. We chatted a minute and then he asked Derek if we were going to shoot, what was that. Derek said yes and Alex just headed off back to work. Derek then proceeded to grab ear muffs for everybody, eyes for Bender, and off we went. So there we were, out in the back yard. Seriously, we were out in the back yard! We continued to visit and Derek pulled out a sweet a$$ Hellcat 9 double stack. Manashevets it shot sweeeeeeet. Chelsea joined us for a bit as we sat out side chatting about all sorts of stuff, and then out came THE pistol. Derek pulled the VERY FIRST Guncrafter EVER MADE out of the gun bag. He passed it around for all of us to see and then reached back in to the bag to pull out the next big surprise. 1 of only 10 ever made, Osprey surpressors for the 50GI. Derek took the first shot into the hillside so we could hear how quiet it was and then proceeded to hand the pistol and a magazine to me. I think I may have giggled like a little girl, can you blame me. Once everybody had taken their turns we talked for a bit more and then had to head back in to say our goodbye’s. I’ll let Bender tell you about “the poke”. Lol We piled in the car and headed out.
I can’t say enough about Derek, Chelsea, Mr. Alex, and the rest of the folks at GI. We made no previous arrangements, we didn’t call the day before, we just basically showed up. They could have very easily said, we are sorry but we are all busy or some other stuff but instead they welcomed the bunch of dudes in a Toyota Rav 4 being drivin by a fat guy in a Hawaiian shirt like old friends. They took the time out of their busy day to show us every bit of the operation and even out back to shoot a little. Your a class act GI, and I look forward to our next visit.
Oh, and be expecting a call Derek. I gots a crazy idea!

Here is the very first Guncrafter Man...,that's too cool.
Isn't it ironic that the people who are masters of their trade seem to always be the most gracious and humble people?
Sounds like an awesome experience!

What a great trip yall had ! Man, sounds like a really great time.

But what I'd really like to see is the three of you guys in a rav4 ! Lol

Nice write up. The gun people in Berryville are a special breed. You just can’t stay in Eureka Springs without starting the day at the Filling Station.

As for the trip,.....I’m still giggling about that GI with a can

That’s so awesome. I would need many days at one of these place to discuss build philosophy, dimension, quality standards and on and on and on.

It was an honor to have you guys here.

We might not be the biggest, but man, we know how to party.

Thank you so much for the kind words. It truly means a lot to @CPGI and myself to see write ups like this.

When you guys come back, give me a heads up, and we will get the real fun toys out...

As for the trip,.....I’m still giggling about that GI with a can
Click to expand...

And the fact that you poked Mr. Alex!

DPGI said:
It was an honor to have you guys here.

We might not be the biggest, but man, we know how to party.

Thank you so much for the kind words. It truly means a lot to @CPGI and myself to see write ups like this.

When you guys come back, give me a heads up, and we will get the real fun toys out...
Click to expand...

You and the Mrs are awesome. Please tell her thanks from me.
Oh, and that I show that keychain to friggin everybody!, it’s COOL!

Seriously, you are great people and it was truly a pleasure meeting you both. Next visit we will plan it and call ahead. LMAO

Pangari said:
And the fact that you poked Mr. Alex!


Sent from my iPad using Tapatalk
Click to expand...

I have been showing that key chain off for a week now. I still giggle a bit when I think of shooting that suppressed gun. Left to right: 9mm, .45ACP, .50 GI

Pangari said:
You and the Mrs are awesome. Please tell her thanks from me.
Oh, and that I show that keychain to friggin everybody!, it’s COOL!

Seriously, you are great people and it was truly a pleasure meeting you both. Next visit we will plan it and call ahead. LMAO!
Click to expand...

That is so cool!

Bender said:
And take them out for BBQ and a beer
Click to expand...

Sounds like an amazing trip and some great folks, I’m jealous!

Bender said:
And take them out for BBQ and a beer
Click to expand...

I know a place It was a heck of a good time! I might have to wander my way back down there before too long. It’s a really nice area to visit. 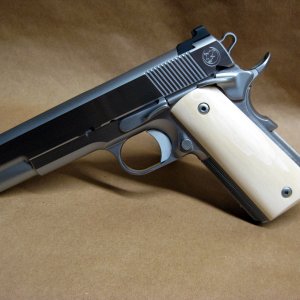 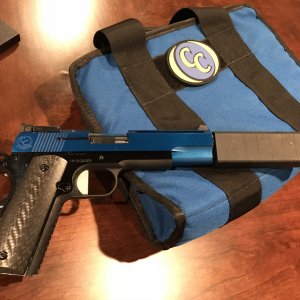 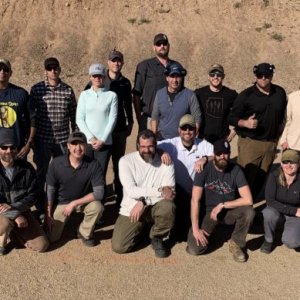 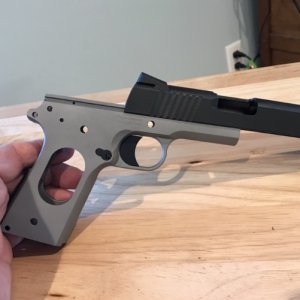 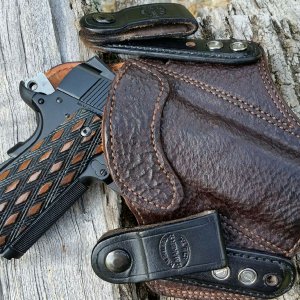 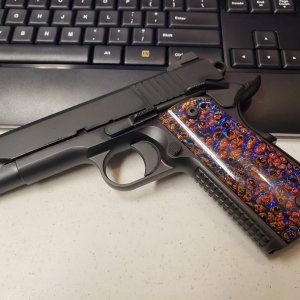