The Lord Jesus called me into His Service in the 1990's and I have been and I am still in His Service.
US NAVY Jet Mechanic, Navy Vet, Mechanic, Shot protection in Competitive Trap Shooting in Indiana in the 1960's, Drag Car Driver in CA, Car Dealership Service Writer, Chrysler, Ford, BMW Service Director, Gun Shop Manager, with two extremely talented gunsmiths in Phoenix, AZ, Missionary Evangelist to stranded Motorist in the Arizona Desert, Missionary Evangelist to God's people in RV Parks around the US, In our over mid 70's years of age we are Retiring to just Oregon and AZ.
I've been shooting since I was 5 years old. I would shoot in the basement of the Indianapolis YMCA and buy a box of.22 for 5 cents. For every Bullseye, they would give us another bullet. I could shoot all day on that single box of .22's. YES the YMCA had a shooting range in the basement!
I received a letter of Commendation from Phoenix Police Chief Ortega, for apprehending a perp that assaulted and downed a Phoenix Police Officer and took his weapon, which I recovered.
My children were raised with loaded guns all around. Neither of the ever picked one up and shot anyone!
I taught my children to shoot, when they were about 5 & 6 years of age. One is a Police Officer/ Detective in Phoenix, AZ , and she retires in 2 years. The other doesn't like guns, because his buddy shot himself while supposedly "cleaning", while looking down the barrel of his gun, in his presence.: yes it was loaded and very traumatic for my son.

One of my fully equipped Firearms: POF 308, US Optics LR-17 3.2-17x with the following inscription, on the receiver's mag well, which is presently my AVATAR:
Jesus said in Luke 22:36
"And let he who has no sword
sell his cloak and buy one"
"THIS IS MY SWORD"

A gun is a Firearm; until it is used in a defensive or offensive situation; and then it becomes a Firearm again! We, as gun owners, need to quit calling our Firearms Weapons! It only gives the media more to use against us!
Last edited: Mar 6, 2019

Welcome to the forum.
S 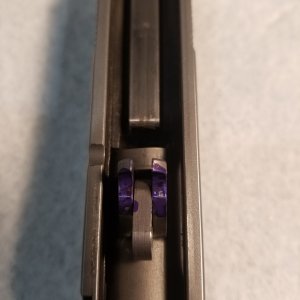 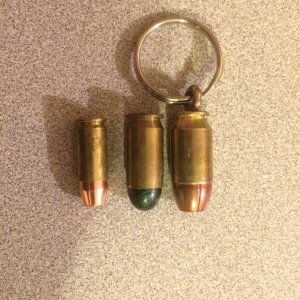 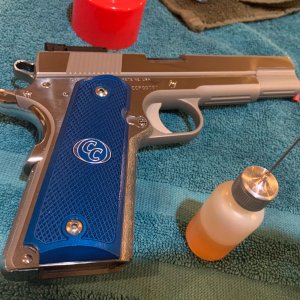 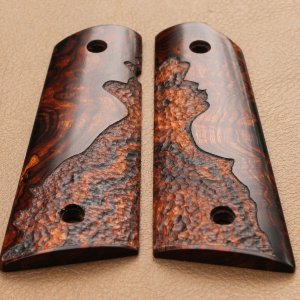 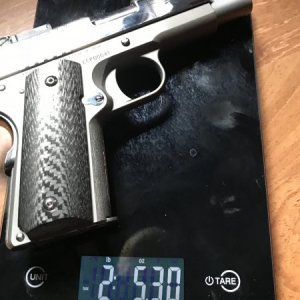